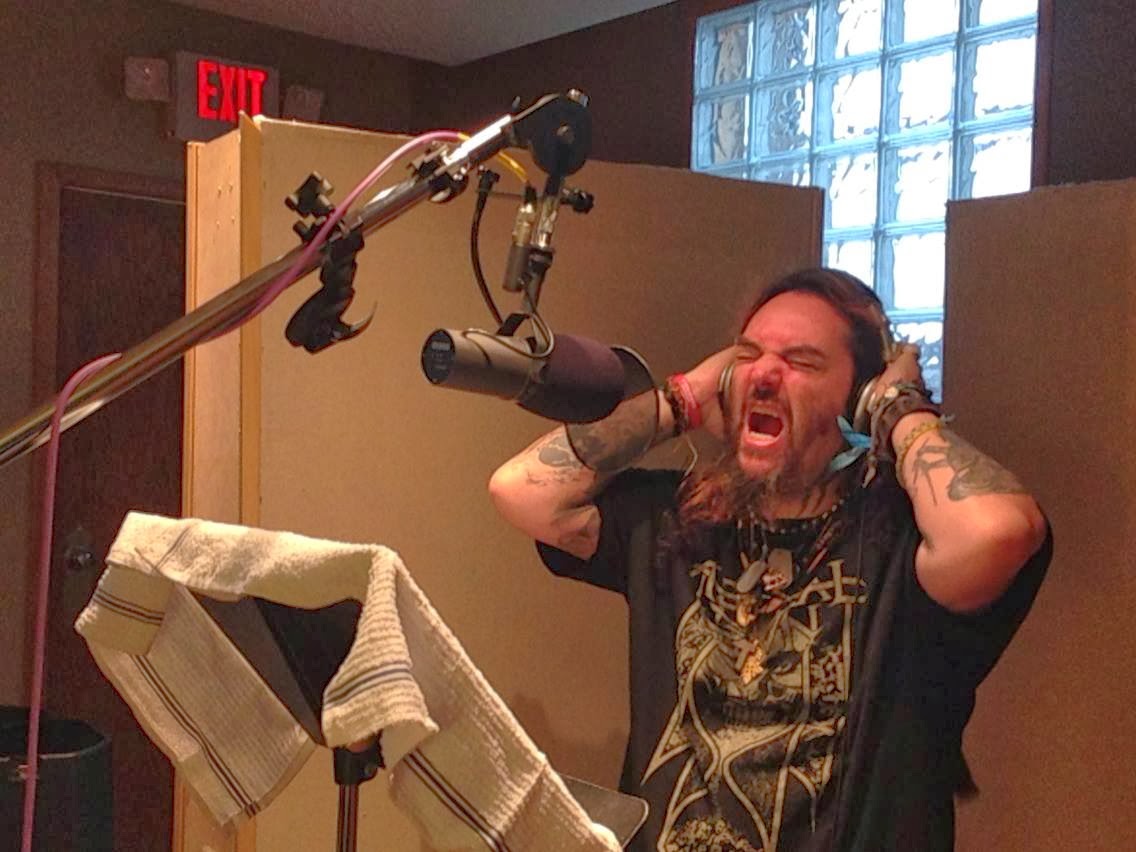 Greg Prato of Songfacts recently conducted an interview with Max Cavalera (SOULFLY, SEPULTURA, CAVALERA CONSPIRACY). A couple of excerpts from the chat follow below.

Songfacts: Which songwriters do you admire?

Max: I like riff-making people. Some of my favorite ones are Tony Iommi, Chuck Schuldiner from DEATH, James Hetfield — you know, he did some great riffs. I like a lot of the new bands I’m listening to right now. They all have great riffs, like I DECLARE WAR and THE ACACIA STRAIN and MAN MUST DIE, PSYCROPTIC. I like Jim Martin from FAITH NO MORE — I thought he was a great guitar player. He also wrote some great stuff. There was some amazing stuff in FAITH NO MORE. So yeah, I’m very diverse. But Tony Iommi‘s probably my favorite riff-making person of all time.

Songfacts: What do you remember about the writing and recording of “Refuse/Resist” [by SEPULTURA]?

Max: I had this riff, I really loved it. And it was the open riff from “Refuse/Resist”. I always thought of a riot when I played this riff. I always imagine it in my head: when I close my eyes, I imagine a riot going on when I hear this riff. So it was a riff that was borne out of a riot imagination. Just the confusion: upside down cars, burning cars, and upside down police cars burning. That’s the image I had in my mind when I was doing the riff of “Refuse/Resist”. And then Igor [Cavalera, drums] came up with the amazing drum intro that has Brazilian percussion on top of it, which is almost like samba. It’s a combination of a samba beat and metal, and that had never been done before quite like that. That was really exciting. Andy Wallace was producing that track, and he was really into the idea of the culture clashing of us being from Brazil and exploring some of the elements from our own country and mixing with metal. For a while I didn’t think it would be possible. I thought in my head they were too far away, two kinds of music, metal and samba and percussion. Although it’s powerful, I didn’t think the connection could be made, and Andy Wallace was responsible for making us go there and telling us, “It actually can be made. Just go there, just do it.” So Igor played the beginning intro in a smaller drum snare called a piccolo, and it just blew all of us away. Then in the middle of the song I put a hardcore riff, total DISCHARGE influence, kind of the breakdown so the song just goes fast right in the middle. It was real great fun. The lyric was actually inspired by when I was in a subway in New York and going from Manhattan to Roadrunner Records. There was a Black Panther in front of me, a big black guy with an afro, and he had a black leather jacket. And in his leather jacket, there was this whole speech written about Black Panther, black power, all this crazy Black Panther shit. And the very last part of this jacket, it just said, “Refuse and resist.” So I took it right from the guy’s jacket and made it into a song. [Laughs]

Songfacts: And you could say that an extension of that song was probably “Roots Bloody Roots” with that type of percussion.

Max: Yeah. The riff of “Roots” is actually a mantra. The idea comes from Eastern mantras that just repeat themselves. So we just needed a very simple riff. I was not looking for something complicated, I was actually looking for the most simple riff that could possibly be done. “Roots” is full of this really minimalistic ideas that were really simple and powerful. Sometimes it’s the harder songs to write which are the easiest. The simplest songs are harder to write than complicated songs. So “Roots” took a while to get the right way, but once I found that mantra riff, which is the beginning intro of “Roots”, it fell into place. That riff is only done on one string: you can play the whole thing on the B string, and it’s tuned to B. And the chorus, “Roots Bloody Roots,” was, of course, influenced by BLACK SABBATH, “Sabbath, Bloody Sabbath”. That’s where I got it from. So it’s totally a tribute to BLACK SABBATH, to call the song “Roots Bloody Roots”. And it just works. It was powerful. And then I love the ending of “Roots”, when the super-heavy part comes in and it’s just as heavy as it gets. Everything drops down and it’s just so fuckin’ heavy and brutal. I really love that. The lyrics are really simple. It’s about believe in yourself, about be proud of your heritage, proud of where you come from. Really powerful but simple lyrics. So it’s really about just be down with your own roots and believe in your roots. It was actually really, really simple and fun to make this song. I think with that record with SEPULTURA, I learned the value of simplicity, that sometimes When you have less there’s actually more than if you have a bunch of stuff. So we learned that simple things are very powerful, and “Roots” is full of simple riffs and simple songs that are very powerful, but done in a very raw kind of way.

Read the entire interview at Songfacts.